I had become very interested in my fathers service with the 444th Squadron.  I have kept his “444th Bomb Group” pictorial history book every since his death in 1970.  He had told me before his death that while overseas, he had been on sick call one day, sitting out a mission.  He spoke of his pilot, Major Charles Hansen, but I could not remember the name of his plane.  His plane and crew crashed that day while he was on sick call, killing everyone.  I realized then that I am only here today because of that single act of fate that day many years ago. 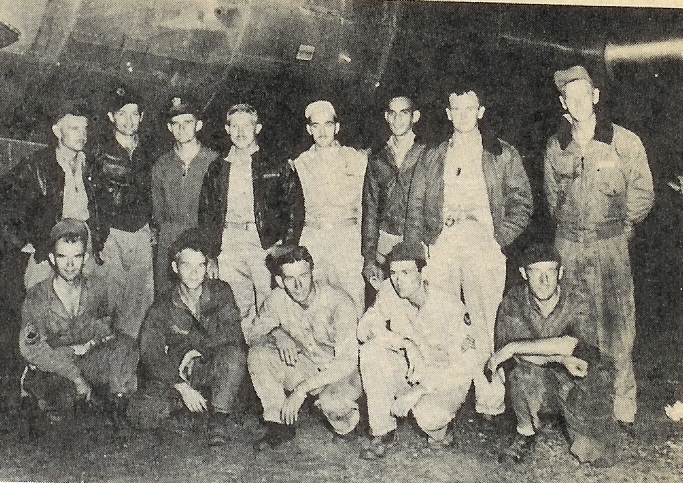 The photograph of his plane and crew are in the pictorial history book.  He is the tallest person standing on the end with Major Charles Hansen and crew.  My father was a crew chief/flight engineer on that plane.  I wish he was here today, because I have a million questions for him, being kind of a history buff.  I have always wondered who the fine young men were on his crew that were not so lucky.

After discovering the 444th web site, I found information on the web site at “Flight Engineer U.C. Miller” by his son Mark Miller. THANK YOU MARK MILLER.  Mr. Miller starts off with his father’s plane and crew of the “Ding How”, commanded by Capt. VanWingerden and the crash investigation. He then goes into the Major Charles Hansen crew (with photo), explaining that plane crashed on August 20, 1944 . The Miller site is where I discovered the name of my father’s plane, the “Fickle Finger”, tail # 42-6330.  Mr. Miller indicated all but one of the crew, Virgil Belford, were killed in the crash and then lists the names of the crew members:

You can see in the photo that there are 13 crew members and only 11 listed member names.  Mr. Miller identified Major Hansen standing at the far right with Robert Gidley, Flight Engineer, kneeling in front of him.  Virgil Belford is kneeling possibly on the far left. On the nose section you can see a white mark, that you will see is the bottom portion of the “Fickle Finger” symbol.

Recently, while looking through some old photos from my aunt (dads sister), I found a photograph of the “Fickle Finger”. It shows the nose art of the finger, and when you zoom in on the tail section you can seen the number 26330. Also, when you zoom in, I think that’s my father standing in front of the front landing gear opening: 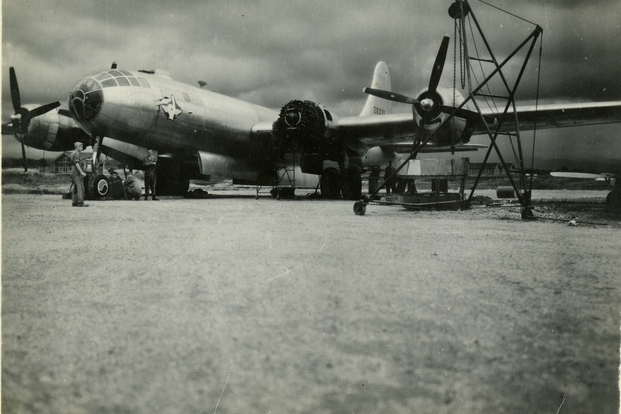 I have included another photo with the “Fickle Finger” in the background and the tail section of plane # 26325.  That plane is listed on the web site under the 678th squadron as “No Papa”, with no photo. 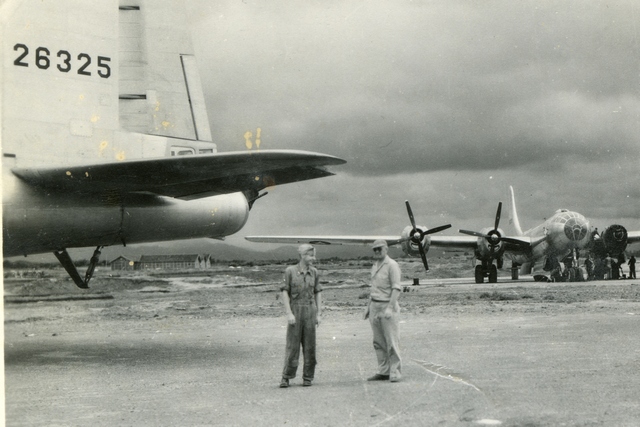 Here's a photo which shows the plane “Her Majesty” # 42-63375 with, what appears to be a partial crew and possibly my father kneeling with them on the far right: 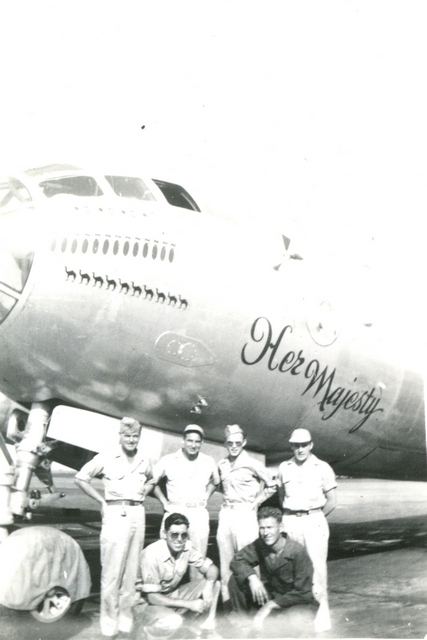 Finally I will include a 5th photo with my dad standing in front of the “Lucky Lady II” with 2 other unknown men. 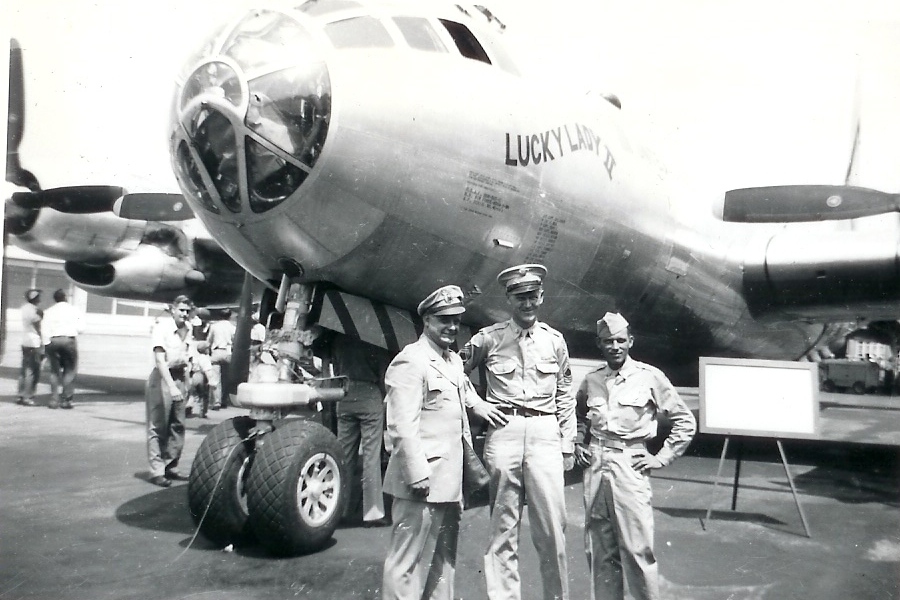 Thank you and Best Wishes 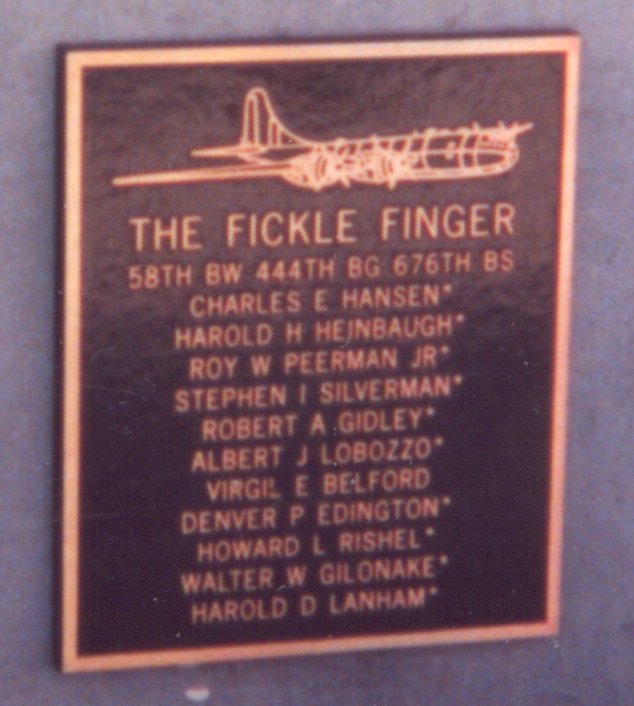 All images,  photographs,  documents,  logos,  graphics,  and all other parts of this website are the sole property of The Official 444th BG Association (unless otherwise noted or specified) - 444thBG, All rights reserved.  Unauthorized duplication, distribution, transmission, printing, publishing, or recording (in/or on any media known or unknown) of the contents of this site is a violation of applicable laws.  Any and all use for non-profit means is hereby fully granted by the site owner.  Commercial undertakings of ANY nature using ANY material from this site are expressly forbidden without the advance written permission of the site owner, and/or the owner of said material(s).