In his own words 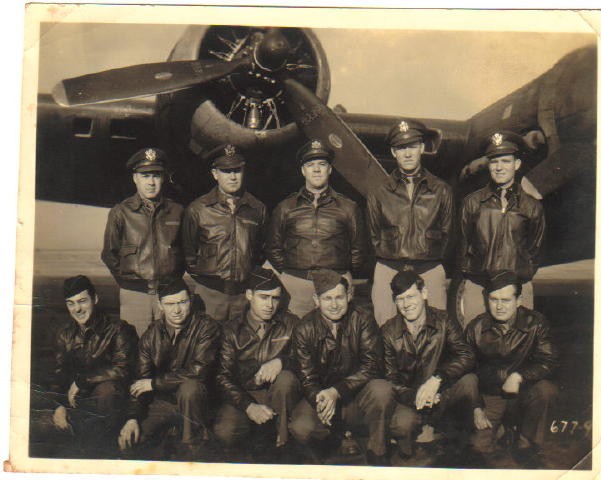 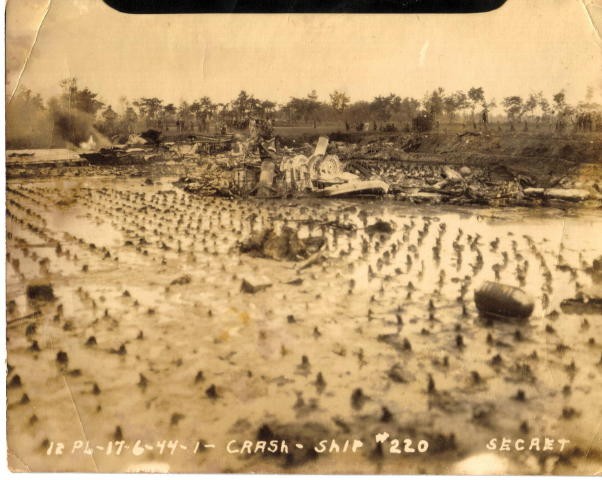 This is a photo of #6220 which crashed in China. We flew the plane on a mission to Yawata,Japan the day before, and the Krupenski crew were returning to the target on a photo  recon mission and crashed shortly after take off. There were no survivers. We were assigned #220 in Great Bend Kan. She was one of the first production planes, was painted olive drab, and was used to train pilots and crews. We flew her to India via Newfoundland , to Marra Kech,  cairo,  Karachi. and Charra, India. We did have to make an emergency landing on the Azores. When we started transfering gas from the bomb bay tank, a hose blew off and filled the bombay full of gas. I happened to be flying at the time an noticed the instruments getting blurry, so put on my oxygen mask,  the navigator did the same thing. The rest of the crew was over come and became intoxicated. The navigator and I were able to put on portable oxygen bottles and get the rest of the crew on oxygen, including the airplane commander. Landed in the Azores, which had a metal mesh runway like they used in jungle areas. Believe me we woke everyone up when we hit that runway. As you can emagine, there were some anxious moments when we lowered the landing gear, but nothing blew up. The next morning we punched a hole in the radar dome, and about 30 gallons of gas ran out. When we landed in Cairo, Fred drug the tail skid and tore it off, so we got to go to the pyramids, sphinx, etc while a part was being fabricated.  Needless to say, old 220 has a place in all our hearts. 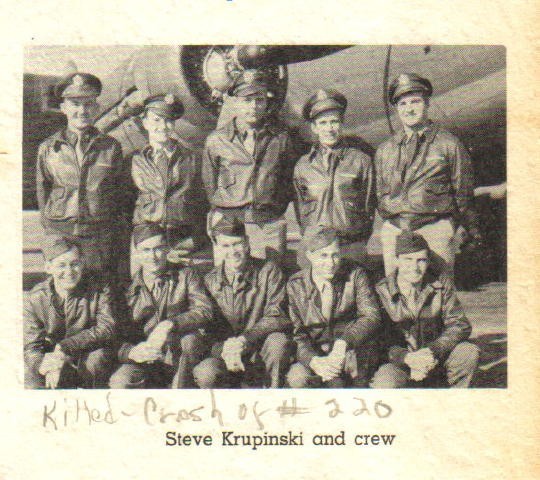 This is a picture of the Krupenski crew. Steve is top left. Top center is Hooser, from the Rio Grande Valley area. 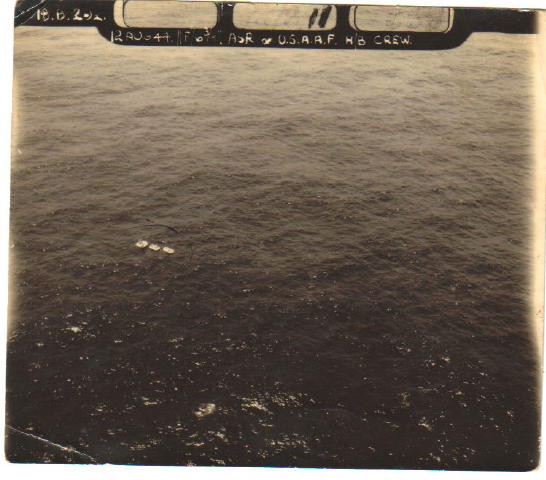 This is a photo taken by a British plane  of our crew in life boats after ditching in the Indian ocean 200 miles from Comumbo,Ceylon.(Shri Lanka)We were on a mission to Palembang, Sumatra aand lost an engine over the target, and ran out of gas.The plane broke apart aft of the wing,and went down pretty fast. We were unable to get the subsistance kit containing food and water, but we did get the hand cranked  radio out and so a British plane found us the second day and dropped another raft (The larger round one in the picture) water and sleeping bags.Yes, down sleeping bags. Isn't this typical. Even the British military does it. The plane stayed with us,and comunicated with us by flashing morse code until A British Destroyer picked us about four hours after he found us.Our top gunner, Carl, was killed on impact.  Pfister had severe lacerations about the head, and Gasper and Ward both had broken backs, but recovered completly... 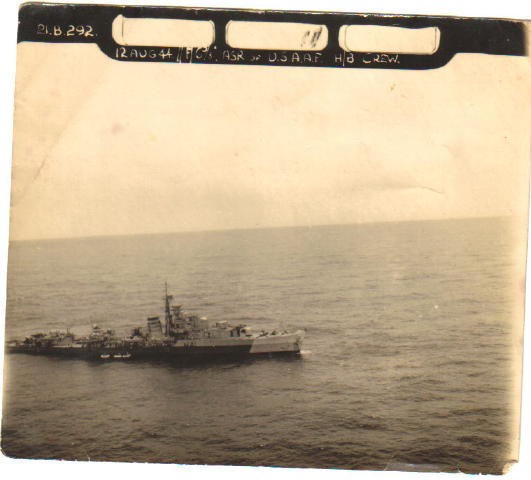 Our crew being rescued by British destroyer. 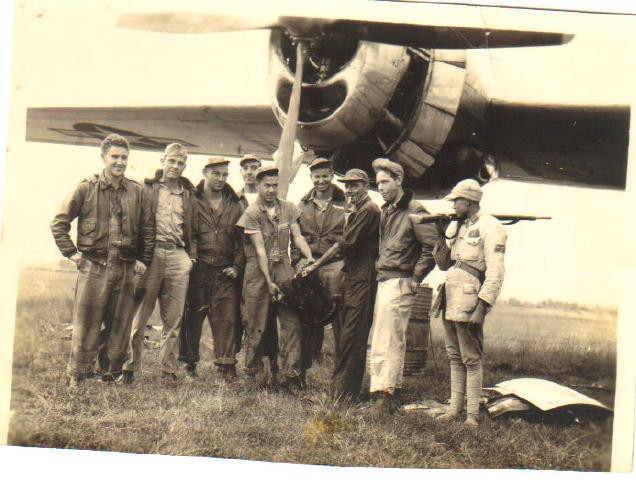 This is a photo of some of our crew holding an engine cylinder that we replaced inChina at one of the emergence fields that we landed at after losing an engine on a mission.  I think we were there two or three days.  Note the Chinese soldier.  They were not very gung-ho militarily.