Dedicated to Tail Gunner Paul Salk and the entire heroic crew of "Big Poison Second Dose"; who were lost preserving our freedom over Osaka, Japan (MACR# 14597).

All the items on this page were provided by Association Members Nancy Bessler (Paul Salk's Daughter),  and Jon White (Paul's Grandson). 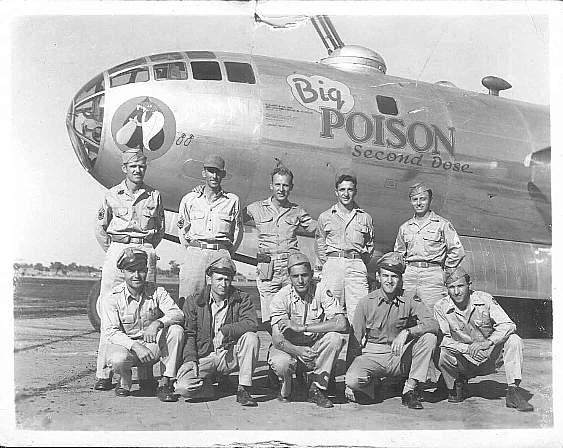 "Technical Sergeant Salk took off successfully from his base on Tinian in the Mariana Islands in the early morning of 1 June 1945.  He flew and climbed through a heavy overcast on the way to the Japanese mainland.  Near the assembly point off the coast of Japan the top of the overcast had been reached and Sergeant's Salk's plane was seen flying in the clear preparing to join his formation leader -- Suddenly and without warning another plane came out of the undercast and crashed into a wing of Sergeant Salk's aircraft.  Both planes disappeared into the clouds below.  Air-Sea Rescue facilities were immediately contacted and a search of the surrounding area was made, but to date has proven unsuccessful."
This description of the loss of "Big Poison Second Dose" was given to my Father's family in a letter from Charles J. Miller, Major, Air Corps Commander, 678th Bombardment Squadron. - Nancy Bessler 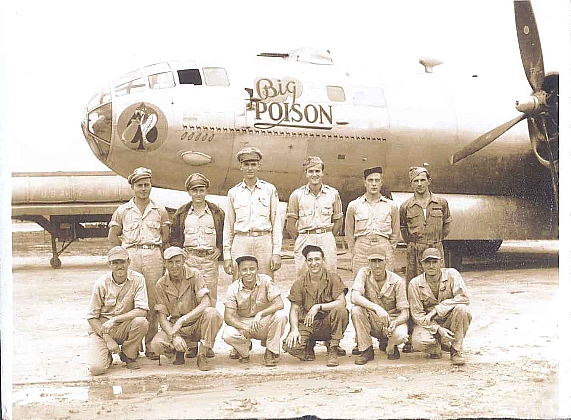 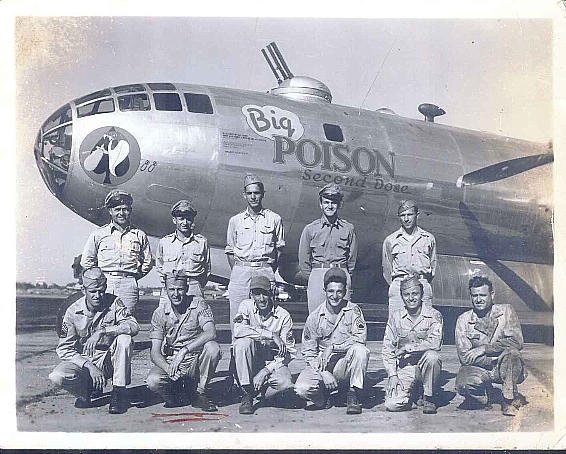 "Big Poison Second Dose" and crew - Paul is kneeling 2nd from the left. 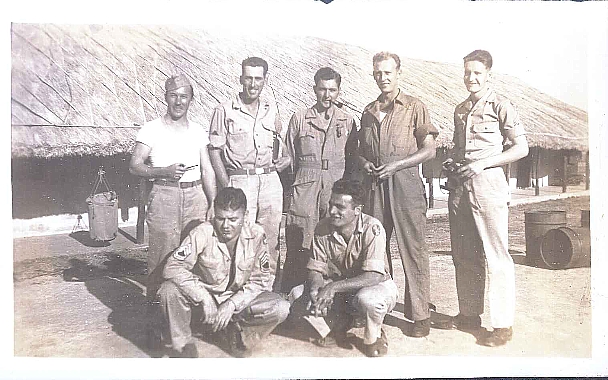 Salk and pals - Paul is standing 2nd from the right. 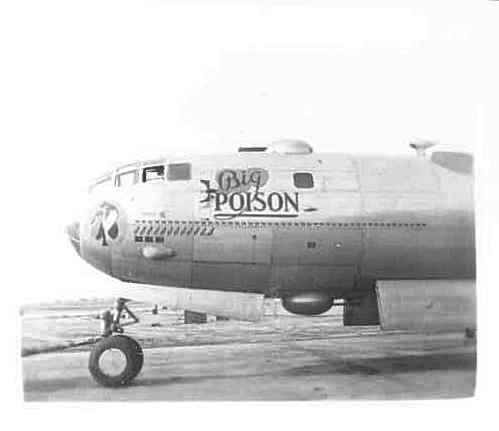 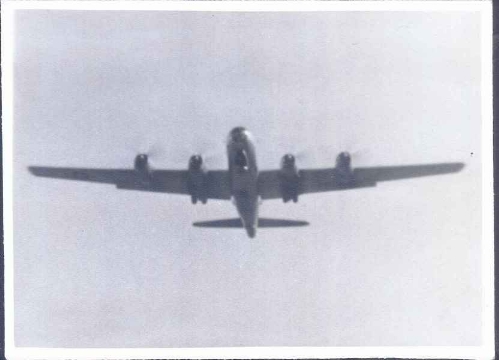 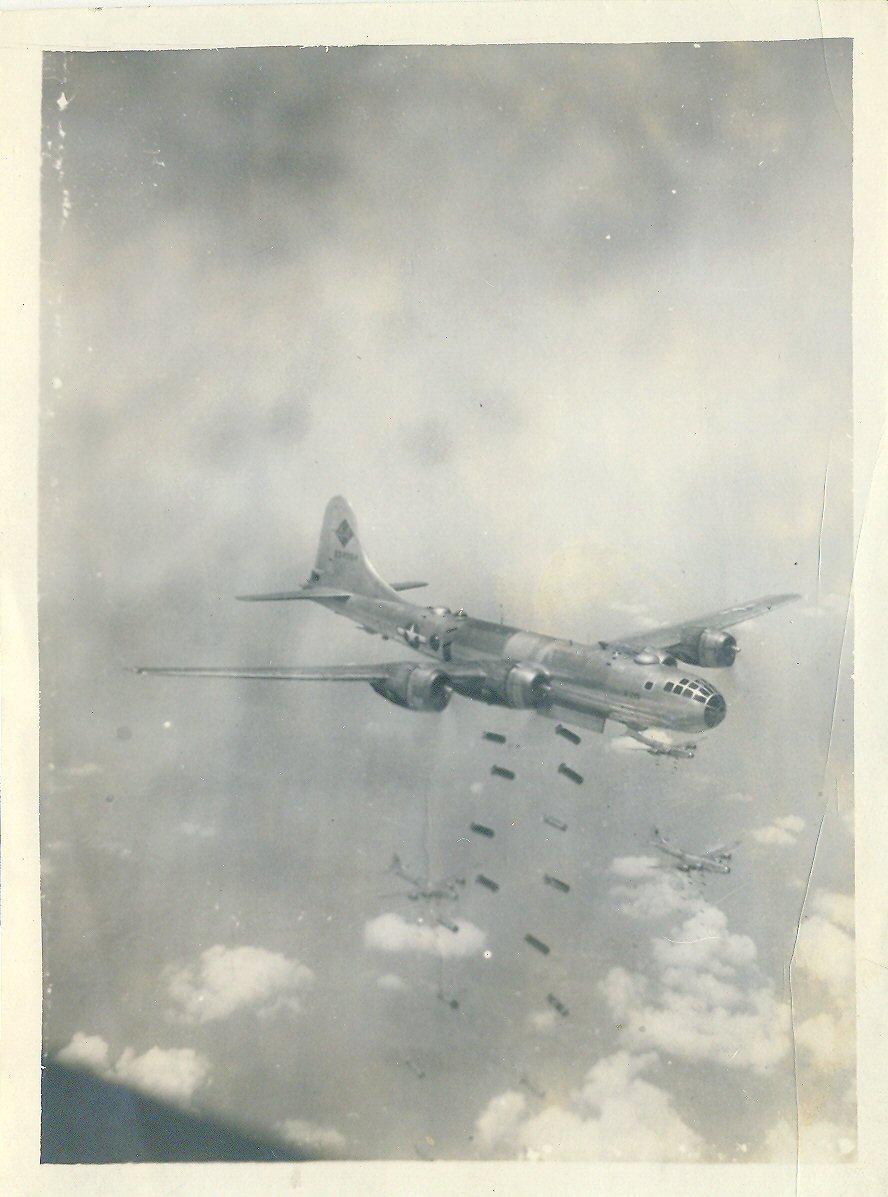 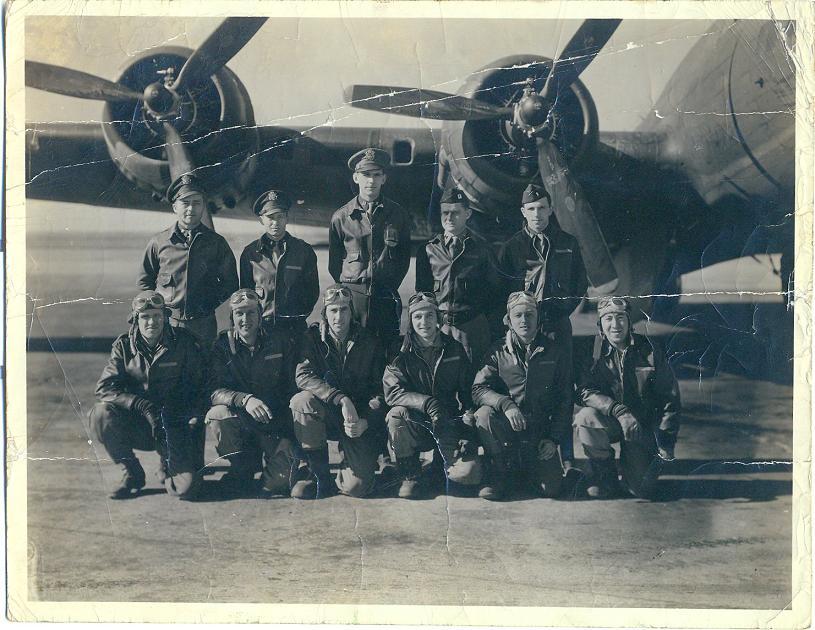 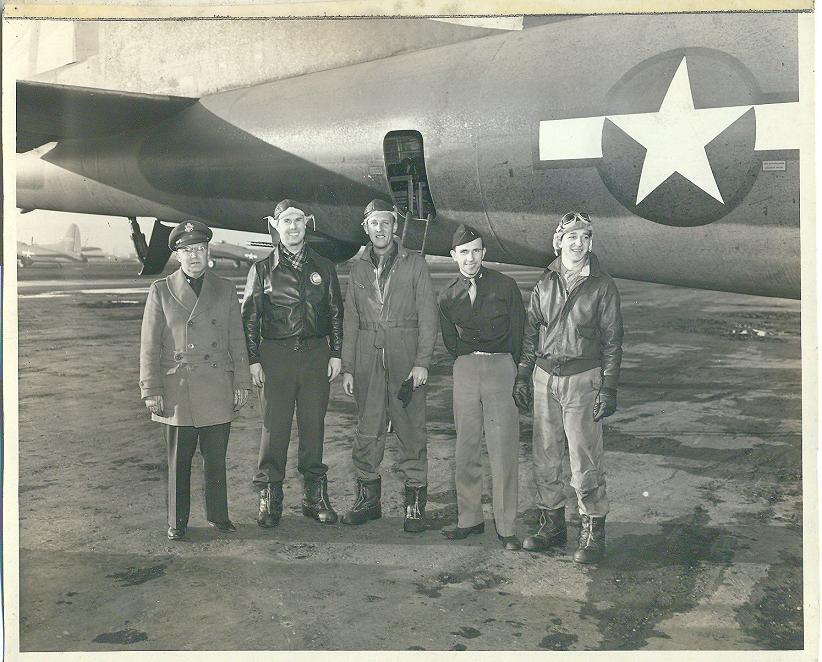 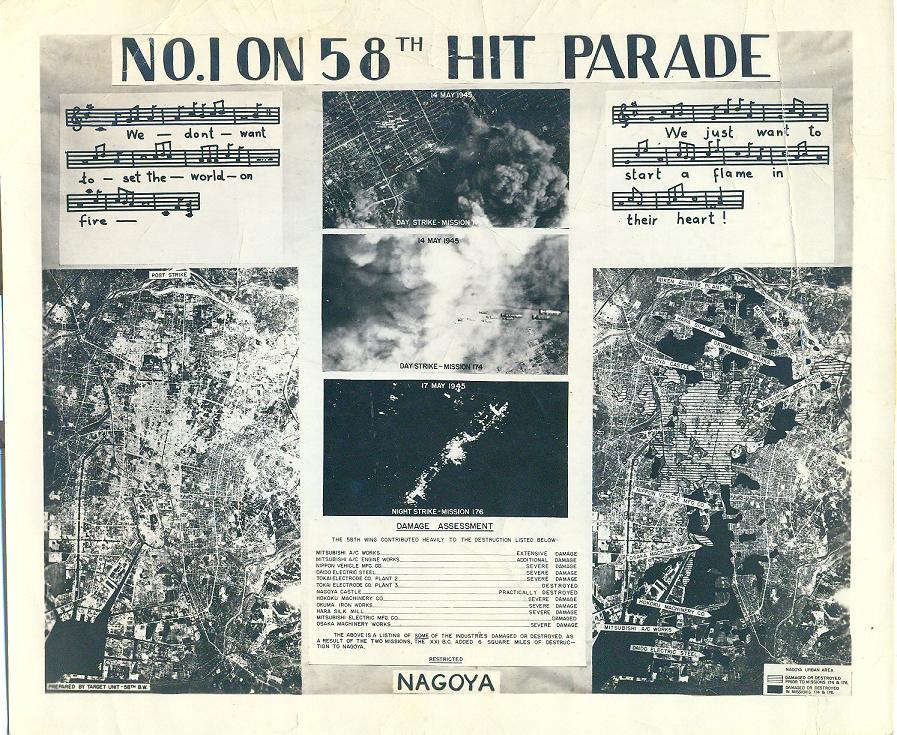 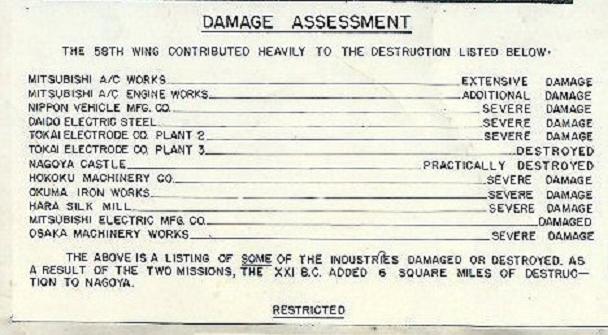 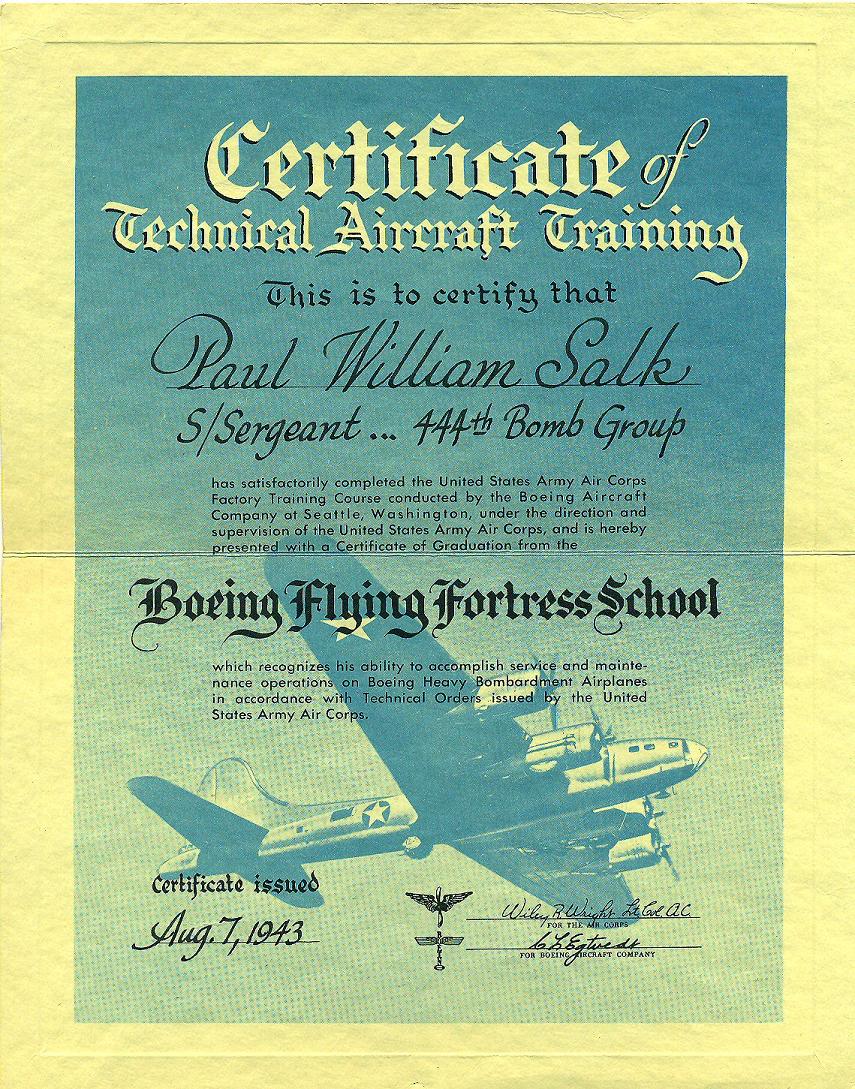 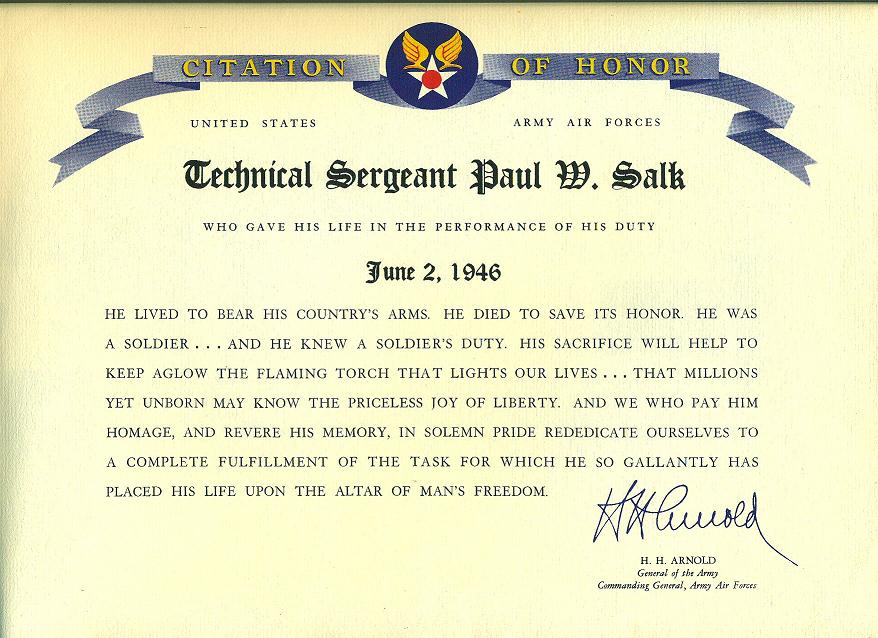 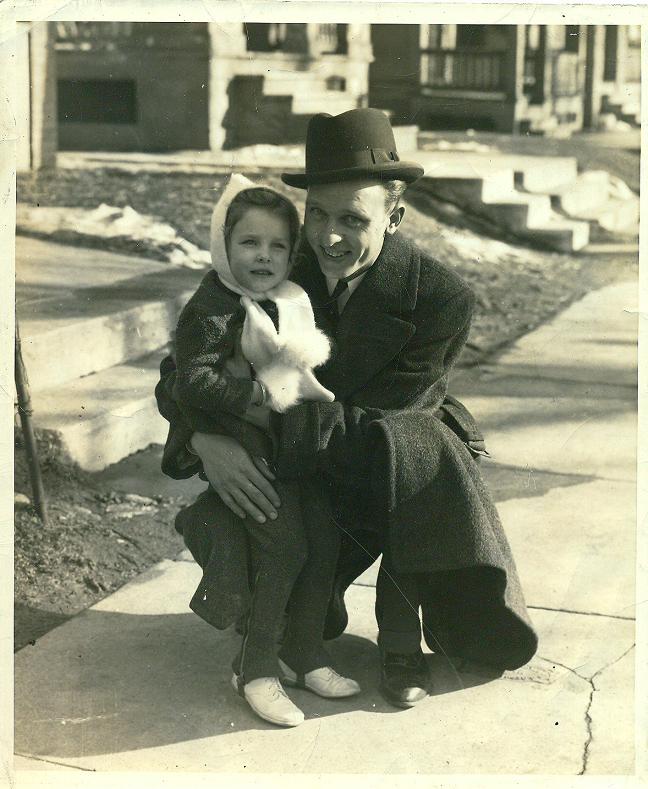