A selected mix of 444th History:

Originally constituted as the 444 Bombardment Group (Heavy) on 15 Feb 1943 and activated on 1 Mar 1943, the Group was redesignated the 444 Bombardment Group (Very Heavy Special) in November, 1943. Training with B-17, B-24, B-26, and later with B-29 aircraft. The 444th moved to India via Africa (ground crews via Australia) in Mar-Apr 1944. Assigned to Twentieth AAF in June of 1944. First based in Charra, or "Hell's Half Acre" as the men called it, and then on to Dudkhundi which was not much of an improvement. The 444 flew supplies over the Hump to Chinese bases that its B-29'S were to use for staging attacks on Japan. On 15 Jun 1944 participated in the first AAF strike on the Japanese home islands since the Doolittle raid in Apr 1942. Bombed transportation centers, naval installations, aircraft plants, and other targets in Japan, Burma, China, and Thailand/Formosa. Conducted a daylight raid against iron and steel works at Yawata, Japan, in Aug 1944 being awarded a Presidential Distinguished Unit Citation (DUC) for the mission. 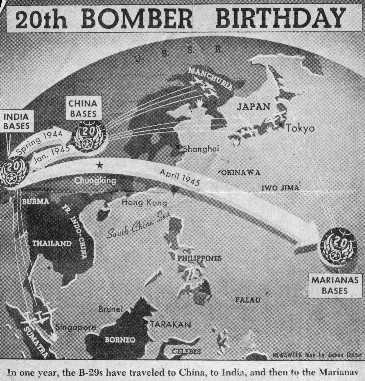 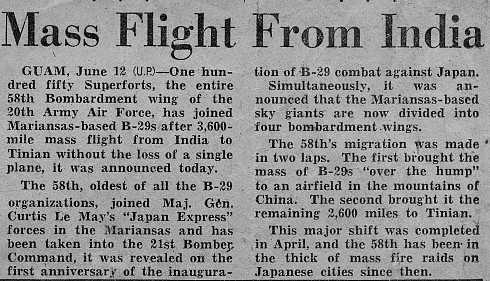 The 58th Bomb Wing evacuated staging fields in China in Jan 1945 but continued operations from India, bombing targets in Thailand and mining waters around Singapore. Moved to Tinian in April of 1945 for further operations against targets in Japan and participated in bombing of strategic objectives and incendiary raids on urban areas for the duration of the war. The unit received another DUC for attacking oil storage facilities at Oshima, bombing an aircraft plant near Kobe, and dropping incendiaries on Nagoya in May 1945. Struck light metal industries at Osaka in Jul 1945 receiving yet another DUC for this action. The 444th returned to the US late in 1945 and was soon assigned to the newly formed Strategic Air Command on 21 Mar 1946. The Group was officially inactivated on Oct. 1, 1946. 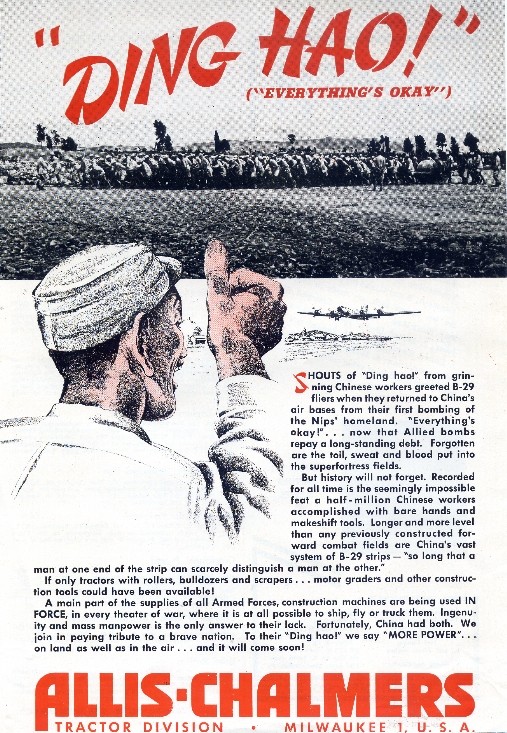 About that bombing?  Let me give it some thought here.  On the night before Christmas in 1944, my station chief, Harlow F. Brown and I, as chief radio operator of headquarters station 20 Air Force, had saved our beer [over a period of time].  We each had a case, which proved to be all we could consume that night and most of the following day.  We had had a few hours sleep but were still feeling the effects of celebrating.  We had grown complacent about possible attack by enemy aircraft due to out extreme distance from any Japanese aircraft that we knew of.

About an hour before sunset the air raid sirens and public address systems went off telling us that we were under red alert.  “This is the real thing,” the announcement kept repeating.  As quickly as possible, Brown and I ran to the radio station in the compound that housed the 20 Air Force headquarters.  We saw that every radio operator scheduled for duty was on duty and monitoring is frequency.  Of course the station as well as headquarters was blacked out.  This went on for seemingly two to three hours with the commanding general [Curtis LeMay] and his entire staff in the building just beyond the burlap bag which separated the 20 Air Force command room from our radio station.

At about this time I felt the call of nature and exited the blackout curtains and proceeded to well, answer the call.  I’m sure that beer the night before didn’t help!  You’re not writing that down?  You are! [laughter]  It was a bright moonlit night, probably near full moon.  All at once I heard the drone of bomber aircraft.  Looked up to see the aircraft in the moonlight, how many I’m not sure, but not many.  I heard them cut their engines to go into a bombing run. What seemed like fifteen minutes was surely less than three or four minutes before bombs began to explode with a typical “whompf” at Salua Air Base, the main station of B29’s about three or four miles away.  The 20 Air Force had four other dispersal bases as follows:  Kalikunda, Paridoba, Dudkundi, and Chakulia. I flattened out on the ground like a gallon of molasses.  I would have gotten into my helmet if possible.  They flew right over headquarters.  Because it was blacked out, they didn’t know it was there.  I would have guessed them to be 6,000 or 7,000 feet high. Years later, my station chief  [Harlow] “Pappy” Brown sent me some CBI Sound-Off magazines which had an account of the bombing and wrote in the margin, “And where were you, Mr. CV ? (my personal sign for radio purposes).  I think the date of the bombing was actually Christmas Day, because Brown and I celebrated by drinking our beer on Christmas Eve.

Margaret Cravey, Gerald T. Cravey’s wife, located a letter Gerald had written the day of the event.  It is headed “Christmas Night, 1944, 7:10 pm, somewhere in India”. The letter was interrupted. When Gerald resumes the letter he hints at the bombing in the next to the last paragraph: “It’s now 12 o’clock and I still have to go back to the station.  I’ve been there since I left rather hurriedly at 7:45.” Dad said that because of security reasons and heavy censorship of the mail he could not write about the bombing nor could he even tell my Mother his exact location in India. 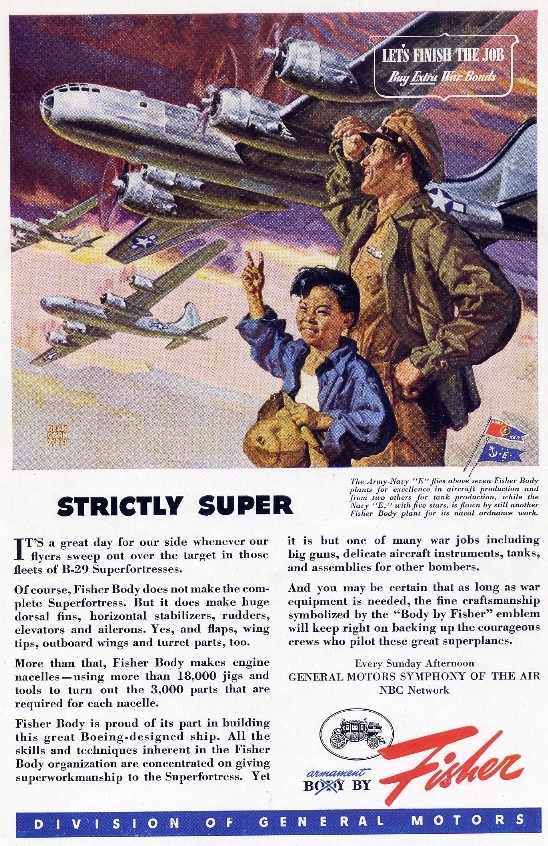 The 444th was based at the West Field of Tinian, an island about four miles wide at it widest and 12 miles long. The first observers thoght it was about the size of Manhattan and the main road going north and south was named Broadway and the one that ran east and west was called 42nd St. The island was important because it was 1.600 miles to Japan and our foes had no planes that could compare with the range of the B-29.

Our main problem was lack of anything but sugar-cane fields. It would rain for a brief heavy down-pour usually about four times a day followed by bright sunshine. The temperature never varied more than 15 degrees the year around (from 70 to 85 degrees) and the humidity stayed so high all the time we had ear and feet fungus and everywhere else fungus. Dengue Fever was rampent and could lay you low.
_________________
Howard Chamberlain
World War II Vet AAF 1943-46
MOS 911 (Armament)
313th Wing, 504th Bomb Group, 680th Sqd (Circle E)
Tinian North Field, Marianna Islands 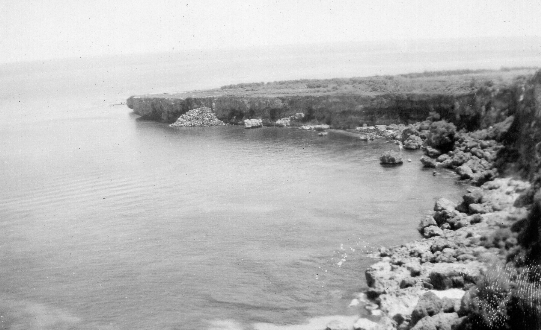